The pictures below along with the following text was sent from Terry Bacon to the MMC June 2021 and are from a box of of his Dad’s items. His Dad was Reid Bacon. Reid, his brother Don and a friend named Kilmore were all from Sprague. All were avid motorcyclists.

Reid’s father Henry “Hank” Bacon had travelled with his wife Edith and both boys in a motorcycle side car extensively, before enforced rules of number allowed.

I do not know if they (any of them) were ever members of the MMC but were at a lot of gatherings and may have even competed at some.

Reid Bacon was a dispatch rider in Italy during WWII. He did not talk about it other trhan to say what a challenge it was to get to and from locations without using he roads or lights. Always in dirt and in thick mud.

The dates on the photos were when my Dad was overseas so I do not know who took them.

Safe biking to you all. Terry Bacon

The MMC on television:

Headquarters for the MMC in the 1920’s

Riders West Magazine published an article on the 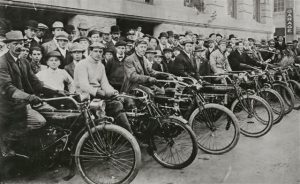 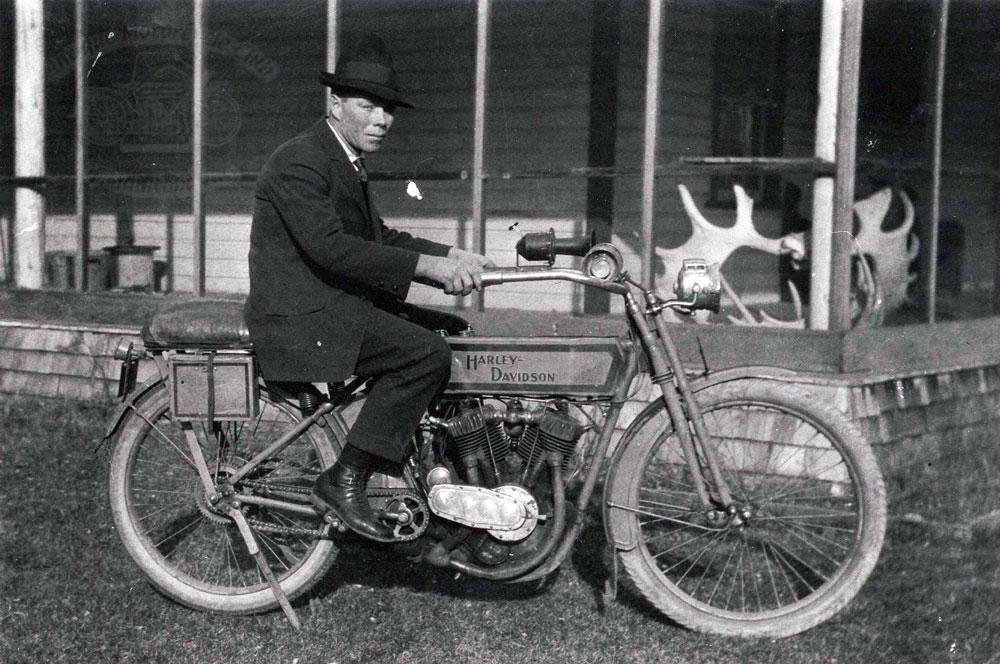 Archie Cox on what looks to be a 1913 Harley 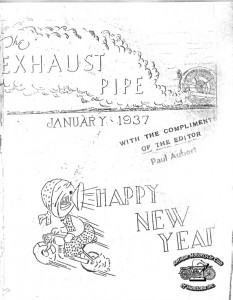 Newspaper articles about MMC competitions from the 1930s

Sept 27 2014 the Manitoba Motorcycle Club was inducted into the Canadian Motorcycle Hall of Fame in Edmonton Alta.

Early in the 20th Century, the sport of motorcycling was a thrilling pastime and the 40 founding members of the MMC were soon hosting social rides and endurance events. The first official run was held April 21st, 1911 followed by weekends of family rides, parades and races. Their first 50 mile reliability run was held Sept 1911 and attracted sponsorship from several manufacturers looking to prove their machines.

A World Record for 100 miles on a flat track was set on Oct, 1911 by “Wild” Joe Baribeau one of the MMC founding members and Canadian Hall of Fame Historic Inductee. That achievement brought attention to Winnipeg and a position for Joe with the Hendee (Indian) Manufacturing Co. in Springfield, Illinois, transferring to their Toronto plant in December, 1912. Indian Motocycles sponsored Joe’s return to Winnipeg in 1914 to defend his world record when the MMC hosted the Canadian National TT Championship. Excelsior Motorcycles of Chicago sent two professional riders and sponsored a local boy, “Wild Bill” Pelham while Indian also sponsored Canadian Hall of Fame Historic Inductee, Harold Cole of Ontario and American, Ernie McIntosh. The City of Winnipeg declared a public holiday during that meet.

With the onset of World War II the use of motorcycles became important for the movement of dispatches. The Canadian Army needed skilled riders so the members of Manitoba Motorcycle Club stepped up and offered their services as instructors. Considered “experts in rough field riding” the club members were pivotal in aiding the army to develop its motorcycle corps.

For many years, the MMC managed every aspect of the sport of motorcycling in Manitoba including social events, touring and competitions of all descriptions. There were also precision Drill Teams and thrill shows with motorcycle jumping and flaming wall crashes to entertain the crowds at exhibitions and other sporting events. Dates of the clubs activities were regularly reported in the Winnipeg Tribune and Manitoba Free Press as well as acknowledgment of the winning contestants.

Throughout its history the club has maintained a tradition of public service and participation in community and charitable events. During the 1970’s and 80’s toy runs became a popular way for the MMC to help children in need and promote a positive image of motorcyclists. During the 1990’s a safety awareness run was added to the calendar of events to kick off National Motorcycle Safety Awareness month in Manitoba.

It is clear that the MMC’s early legacy in the community was through its decades of promoting race events. For over 70 years the club has hosted dirt track, ice races, hillclimbs and motocross and show cased the skills of riders throughout Manitoba. There have been several world class and national caliber MMC members. World Flat track record holder Joe Baribeau;  Paul Germain, a Canadian Flat track Champion with over a dozen AHRMA National Championships, 2 AMA National Championships and 3 World Championships in Vintage Road Racing and counting; also Kim Houde, a Provincial Champion with a 125cc Canadian Championship and the 2006 over 50 World Vet Championship in Motocross. These riders and others have proudly represented Canadian and Manitoba’s motorcycle racing throughout North America.

In 2010 the MMC amalgamated with the Antique Motorcycle Club of Manitoba. While retaining its heritage the MMC now boasts a new crest, over 100 members and a new vision for the next 100 years of motorcycle riding in Manitoba.

Video by Scott Thomson of the induction introduction of the MMC at the Canadian Motorcycle Hall of Fame ceremony 2014. 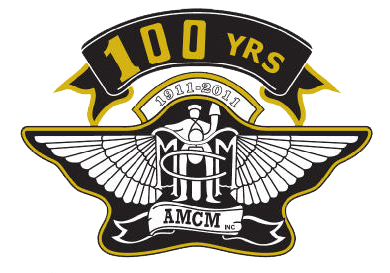 3th oldest in N America and

4th oldest in the world.

In 2010 a near all consuming fire at the MMC clubhouse prompted the remaining members to approach the AMCM with a proposal to merge the two clubs under one executive and operating body. The membership of both clubs welcomed the merger and one the first orders of business was the the design of a new crest celebrating the 100 years of the Manitoba Motorcycle Club. (top of page)

Much more is being done to preserve and promote MMC history, activities and events past and future, and news will be posted here as it develops.

MMC/AMCM Amalgamation. After much discussion the following statement was agreed upon,  proposed and seconded, voted on, and carried unanimously;

The Manitoba Motorcycle Club invites anyone with pictures, films or other MMC memorabilia to share it with us as well as join us at a meeting as a guest (last Tuesday of the month @HD of Wpg 1377 Niakwa Rd East) or fill out a membership application available here on the site and mail it in or bring it to a meeting. Former MMC members and any motorcycle enthusiast welcome to help us preserve and promote the Oldest Motorcycle Club in Canada.

This image of a 6″X2.5″ MMC crest comes to us from Jeff B a local collector, he tells us it belonged to a WWII Mustang pilot. 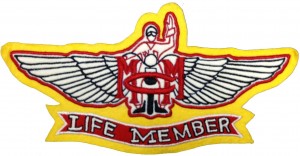 My father FRED MOULSON was a member of the MMC in the late 30’s, 40’s and up to 1955. He was the hill climb champion, dirt track and had won, along with Chuck Noakes (sp), many of the TT races in as a member of the MMC. I, his son, was the mascot for many years. I have several photos of him and even submitted some to the AMA for the museum. In 1955, my dad, mom, brother and myself, along with our dog sparky, left Winnipeg and headed first to Flagstaff AZ., then on up to Victoria, B.C. in a BSA Golden Flash and a home-built sidecar. The trip took a long time – I think a month- but we had the time of our lives. At least that’s how I remember it. He lived there until his death in 1983. He was good friends with Tiny Robbins. I was the youngest of his three children and the only one that took an interest in motorcycling. Today I have a restored (beautiful) 1965 BSA 650 Lightning which I ride on occasion (and a 2007 Honda 600 which I ride almost every day). BTW, my mother back in the late 40’s or early 50’s was one of the women that started the Travelongs – the female branch of the MMC. I still have one of her patches on my leather jacket. Kindest regards, 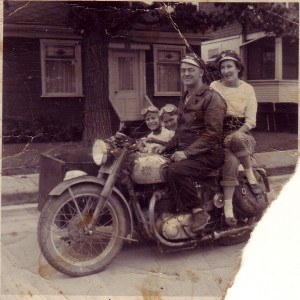 Slideshow of photos from Timothy Moulson below press the > to play 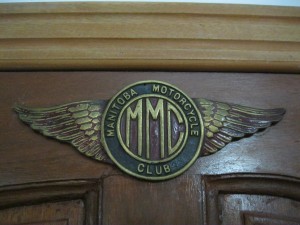 I received a correspondence from Bill I. a former Manitoban now located in Cambodia. He shared with me that he obtained the bronze MMC plaque that hung above  his great uncle’s workbench in the garage after his passing, it now hangs atop his front door. His great uncle Bob S. was a MMC member back in the 40’s and rode an Indian in hill climbing events. More information on the plaque , Bill and his great uncle to follow. Thanks Bill 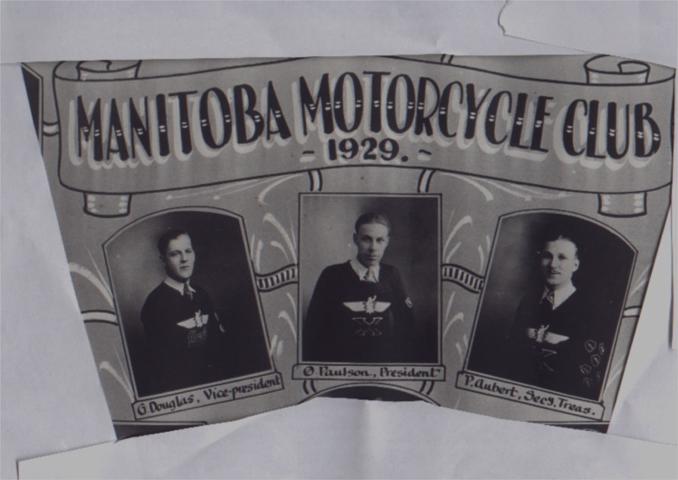 This body founded in Feb 21/1911; named changed in 1911; and incorporated in 1969, shall be called the Manitoba Motorcycle Club Incorporated, hereinafter termed the M.M.C.

A. To promote the sport of motorcycling by:

B. To provide year-round activities for the motorcycle rider by:

C. To help in the building of character by: 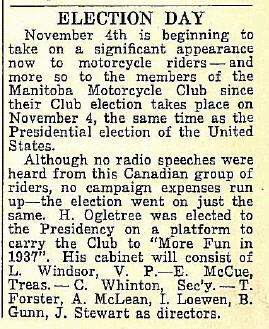 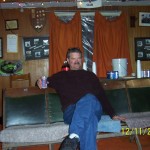 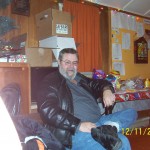 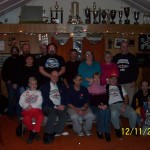 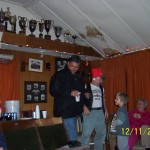 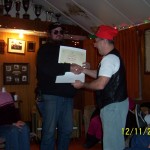 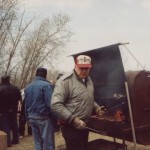 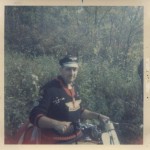 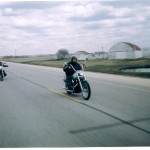 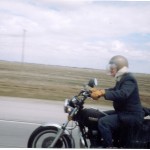 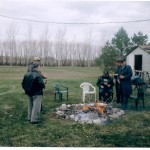 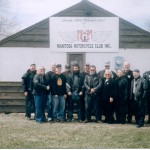 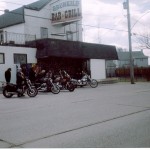 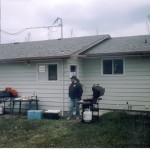