Rob B. set out on a solo tour and camping trip in southern Manitoba, he shared some pictures of the adventure. 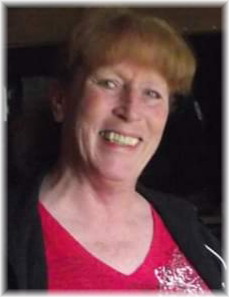 July 12, 1949 ~ July 19, 2019 Dianne Best passed away peacefully to the sound of music on Friday, July 19, 2019 at the age of 70, at Ste. Anne Hospital, Manitoba. Dianne will be greatly missed by her family and friends. Dianne was a unique and special woman that lived life to the fullest; who wanted to experience it all. The family would like to thank the staff at Ste. Anne Hospital for the care and compassion they gave to Dianne. A Celebration of Life will be held on Friday, July 26 at 1:00 p.m. at Sobering Funeral Chapel, 1035 Park Ave. E., Beausejour, MB. In lieu of flowers, donations may be made in Dianne’s memory to Guardians of the Children Canada, 917 Calrossie Blvd, Winnipeg, MB R3T 0W9.

Update – About fifteen AMCM members attended Diane’s funeral. Her best friend Arlene told numerous stories that gave us an insight into her, she was truly an amazing person. Did you know she had her pilots license and restored a crashed plane, and that she placed in a figure skating competition when she was 50. She will be missed. 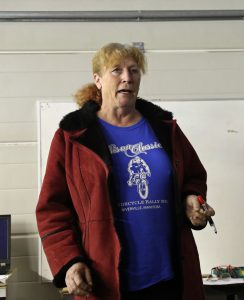 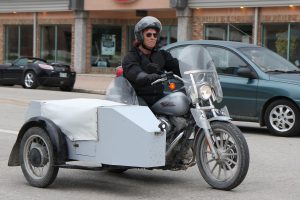 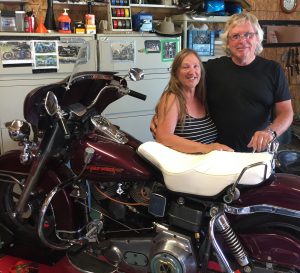 Great Weather, Great Ride and Great Hosts for a BBQ at their place in Winnipeg Beach
Thanks very much for hosting the event Ellie and Gord and donating all the eats and refreshments.We raised $338.00 for Spina Bifida and had a great time.
We also got to see Rainman’s new ride, very nice …. you’ll have to show up at the next event to see it for yourselves. 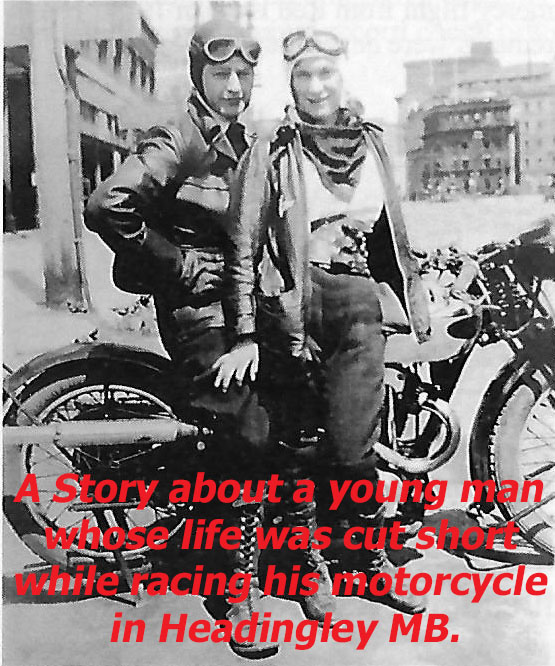 Some of the Bison Rally games 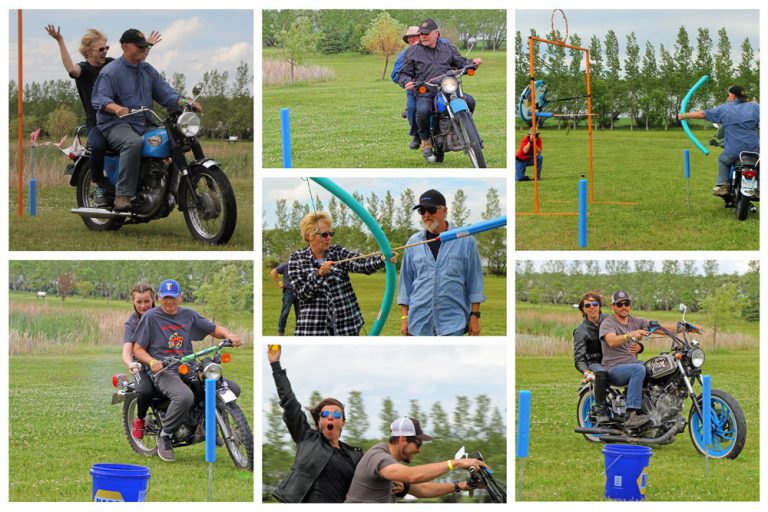 June meeting we had a guest and now new member, Andon W. give us a presentation about the restoration process of his Triumph T150V.  Thanks Andon. 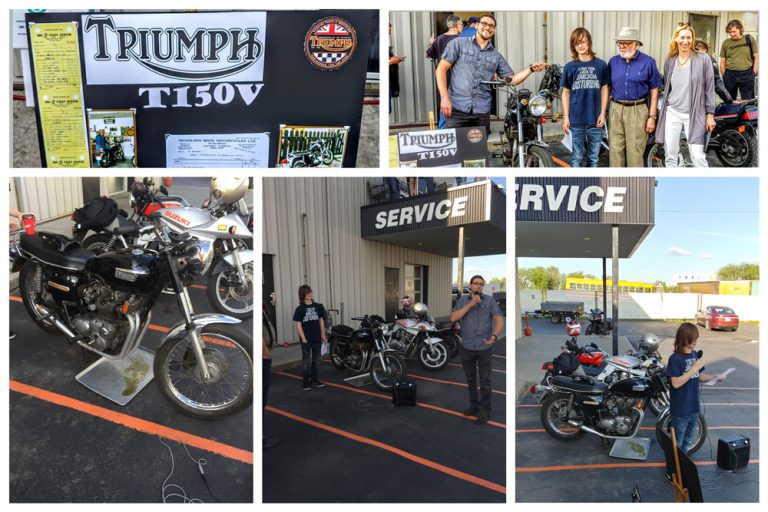 Commemorating Her ride by motorcycle to Winnipeg Beach in 1914 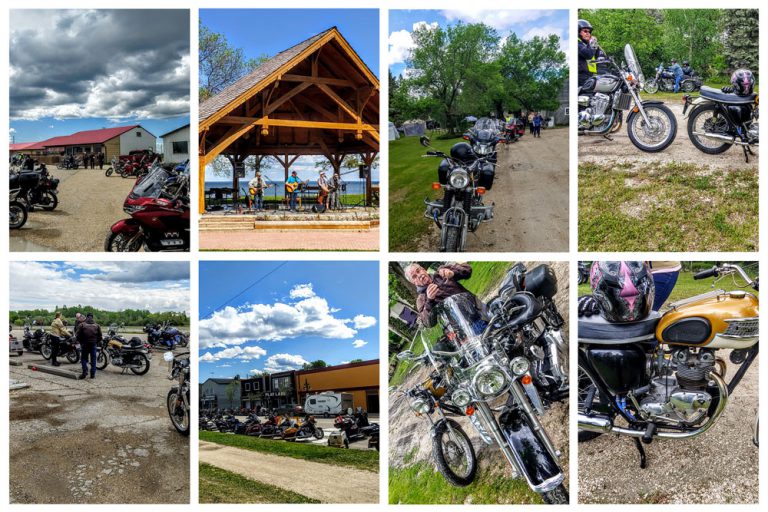 at the High Tea Bakery in honor of Father’s Day 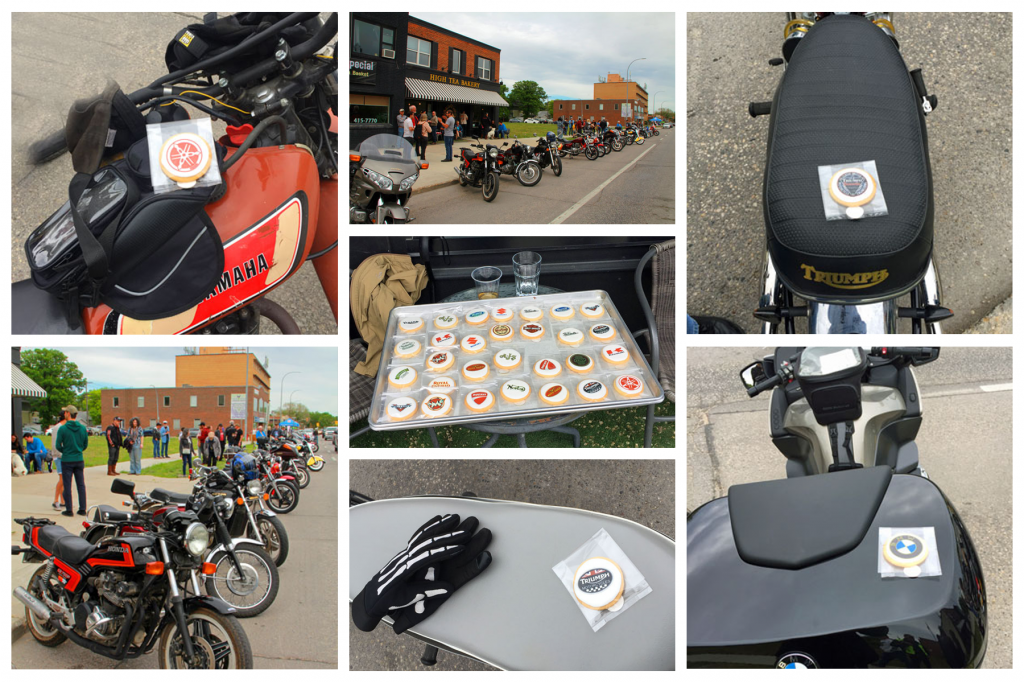 Had a good turnout for the Bike display at the High Tea Bakery
The weather co-operated and the cookies were excellent. 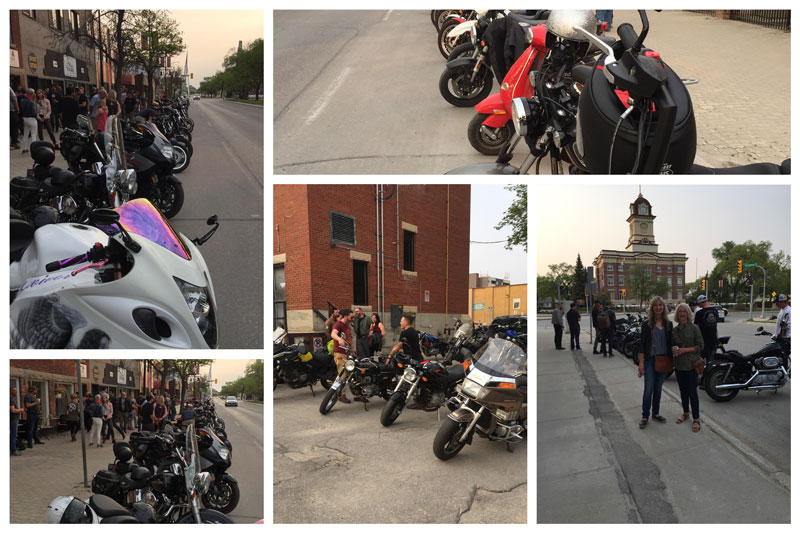 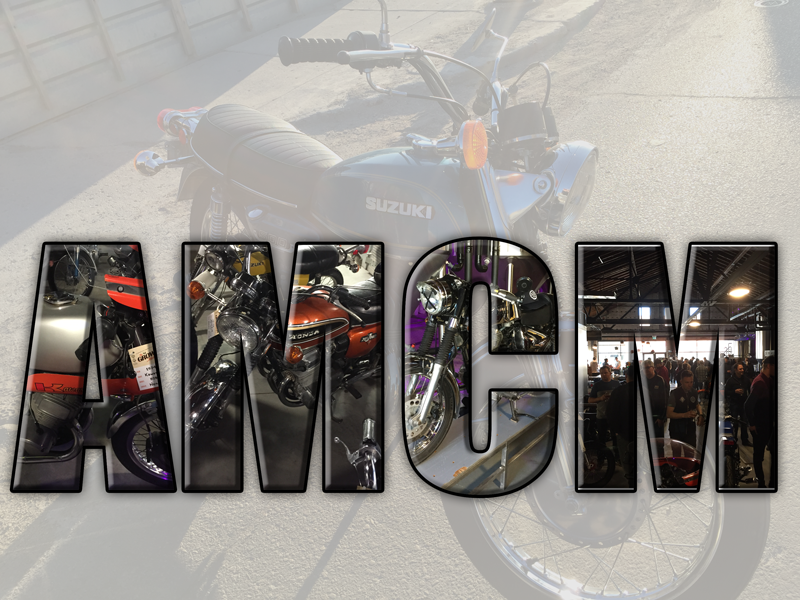 Many members made it out to the “Growler” motorcycle show at the Little Brown Jug venue this past weekend starting off another season of motorcycle events. 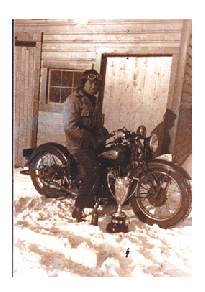 A look back at an early member of the AMCM with a few interesting and colourful stories click on the pic:

Feb 12th Tech Night hosted by John Thompson
Many subjects were discussed but the main focus was on gearboxes.
15 people were in attendance and while there were many interesting bikes on display inside the shop there were none in the parking lot.

Great tech night at John Thompson’s tonight. Thanks for hosting John ,sharing your knowledge of pre-war transmissions and letting us have a look through your shop to see what you’ve been up to.
Ken C.

The coldest night of the year so far, still saw 25 members make it out to Keith’s “Save the Rust Museum” for Movie Night

Thanks Keith for Hosting the Event.

On the lift is a 1986 Suzuki Intruder 750 presenting intermittent rear cylinder firing problems…We had a look at it and found a problem and that we now believe is remedied
Thanks Kim and Rick for hosting the evening and thanks for the 41 persons that attended.
*Note: No Motorcycles in the parking lot. 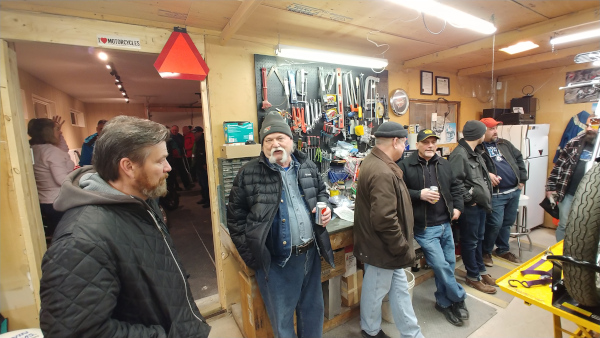 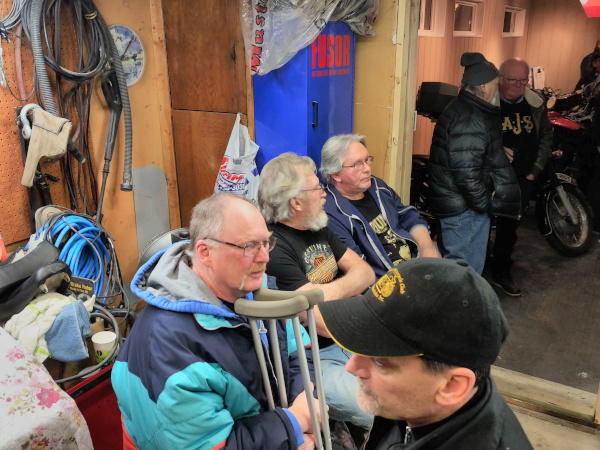 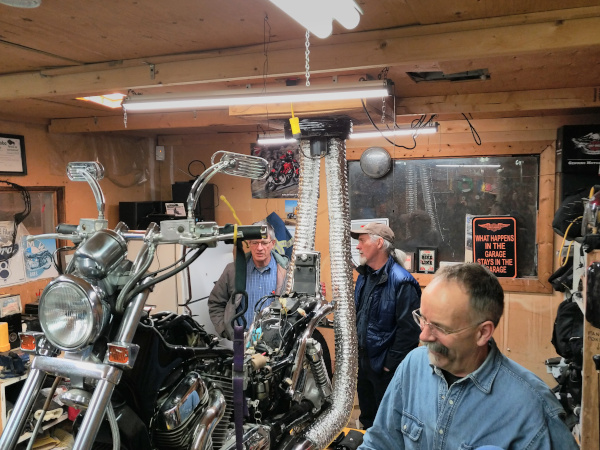 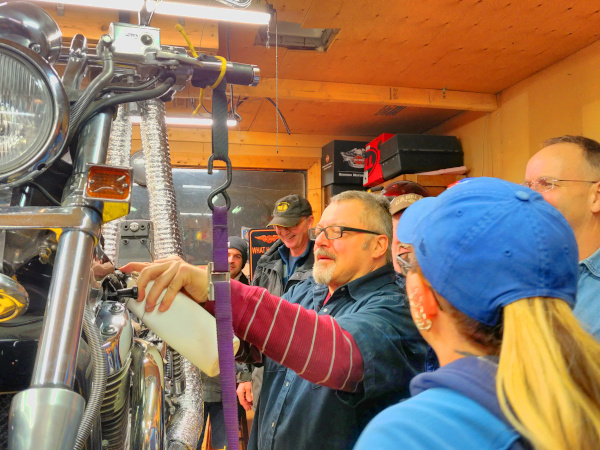 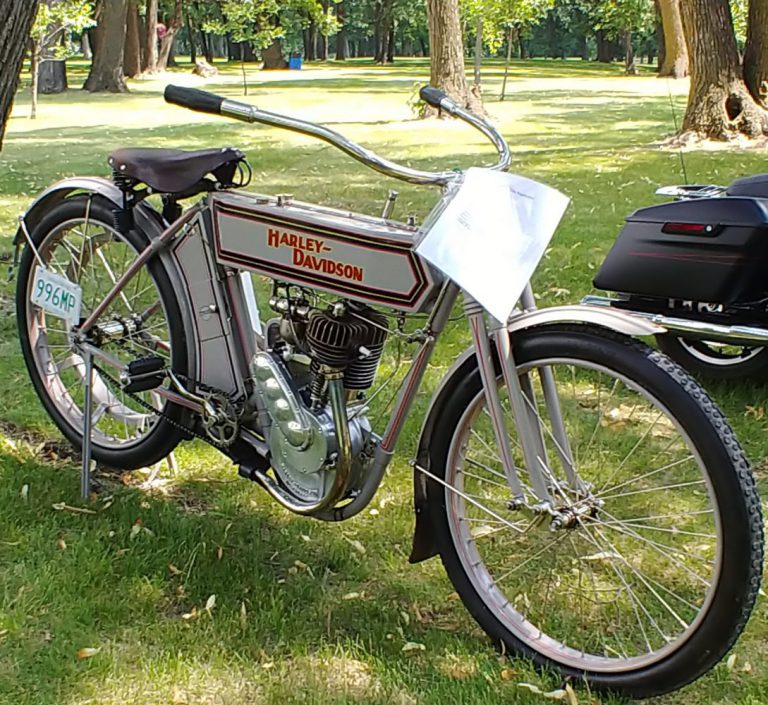 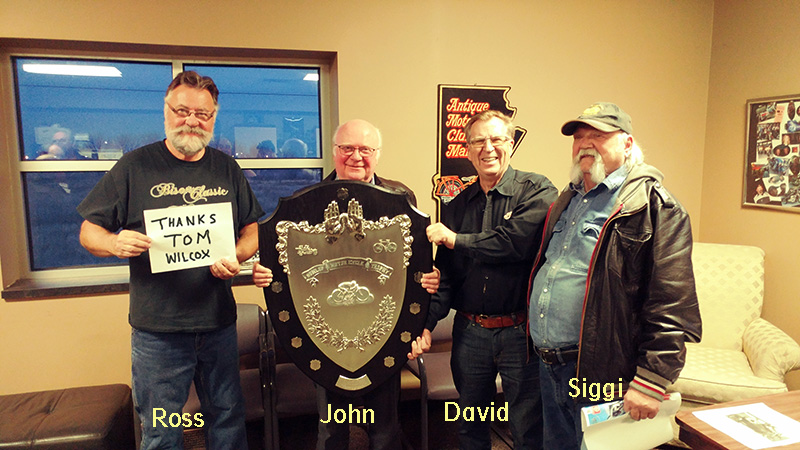 These members were hands on in the rescue and restoration of the Dunlop Trophy
that hung in the MMC clubhouse that was destroyed by fire, Great job guys. 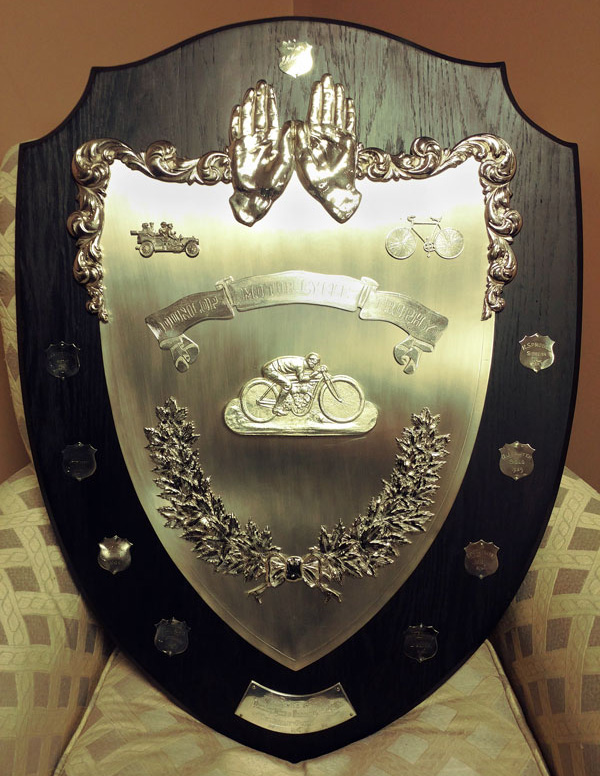 The Restored plaque which was first awarded to a MMC member in 1911 will hang in the meeting room at Harley Davidson of Wpg.